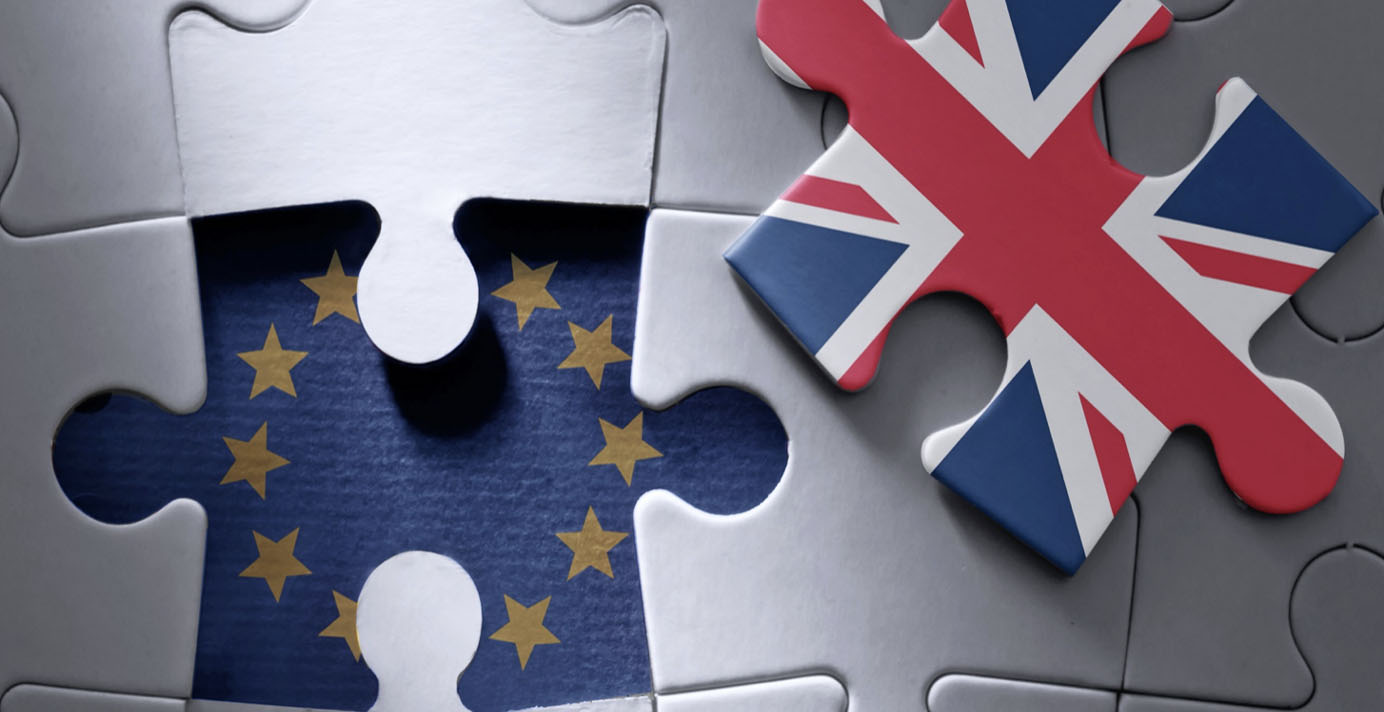 Friday 19 February 2016: this was the day erstwhile Prime Minister David Cameron finally delivered on his promise of giving the British public an in/out referendum on the country’s EU membership.

From this moment a new word – and everything it entails – would dominate column inches for what seemed like an age: Brexit. And we all know what happened next: the historic vote to leave the EU by the finest of margins; two new Prime Ministers; a seemingly endless negotiation process; a deal at the eleventh hour; and, of course, Brexit itself on 31 January 2020!

Almost four years on from Mr Cameron’s big announcement, Brexit had finally happened, and Britain was prepared for it to remain at the forefront of the public’s consciousness. Not least because it triggered a transition phase: an 11-month period during which London and Brussels faced a race against time to finalise a deal on their future relationship.

But suddenly an even bigger story blindsided society, shoving Brexit down the political pecking order. In March 2020, the Covid-19 pandemic forced the world into lockdown as governments attempted to control the spread of the virus. Thanks to these enforced restrictions and the rapid rollout of vaccines globally, society has since returned to some semblance of normality – but it took months of hardship to get there.

The economic blow dealt by the global health crisis cannot be underestimated. For small and medium-sized enterprises (SMEs), uncertainty has abounded amid major disruptions that have left many in a precarious position – and overcoming this turmoil remains their focus. However, those that depend on international trade – which is worth over £700 billion for UK SMEs – must not lose sight of the ongoing impact of Brexit, which has found itself back in the headlines.

To ensure your business can plan and establish a robust currency strategy in the face of Brexit headwinds, it’s prudent to understand how Britain’s departure from the EU has impacted trade conditions. 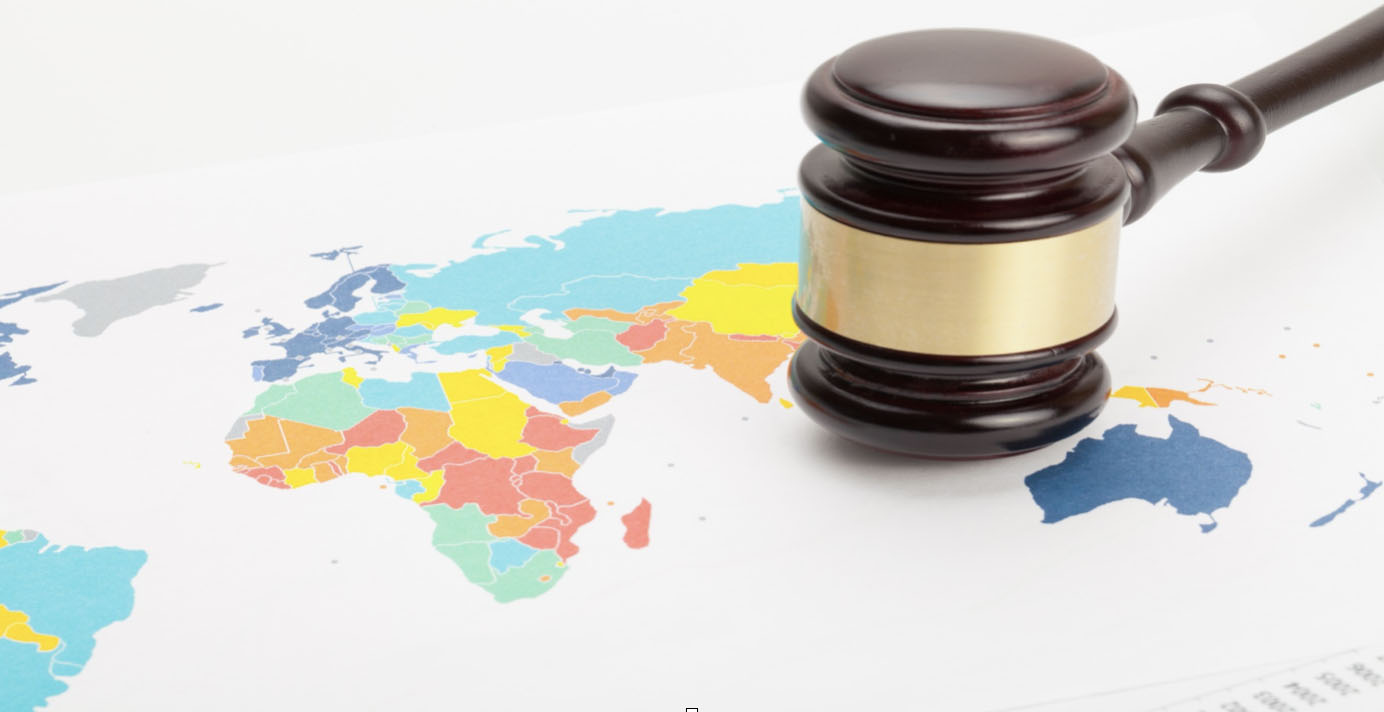 According to the UK government: “Trade agreements set out the rules that cover trade between two or more countries. They aim to make trading easier between those countries. They do this by reducing the restrictions on imports and exports between them.”

Having been released from EU trading rules, the UK government is now able to negotiate, sign and ratify new trade agreements – and they have been busy doing just that.

The UK’s exit from the EU’s Single Market and Customs Union was preceded by months of deadlocked negotiations over a would-be trade deal. Eventually, London and Brussels struck a deal – known officially as The Trade and Co-operation Agreement – on post-Brexit trade and future EU-UK relations at the eleventh hour. This allows for tariff-free, quota-free access to each other’s markets for goods – but not services – and addresses future competition, fishing rights, and cooperation on issues like security.

The Trade and Co-operation Agreement was officially ratified by the European Parliament in April 2021, having been in place provisionally since the start of the year – ensuring that tariff and quota-free trade would continue indefinitely. Despite the handshaking and document signing, sticking points remain, with both sides clashing over several contentious issues – from fishing to new arrangements for Northern Ireland.

Although part of the UK, Northern Ireland remains subject to some EU rules under the Brexit deal to maintain an open land border with the Irish Republic – an EU member. Both sides have been at loggerheads over the negotiated protocol setting out the rules in question, which aims to prevent unchecked goods heading into the EU single market via the UK’s only land border with the EU – essentially creating an internal UK trade barrier with England, Scotland and Wales.

The new barrier has disrupted supplies of certain goods from Britain to Northern Ireland. Grace periods on the implementation of border checks on goods travelling there, which were extended unilaterally by the British government, have since been prolonged indefinitely.

Time will tell how much longer London and Brussels will lock horns over the Northern Ireland Protocol. Until an agreement is reached, certain goods travelling between the British Province – which remains in the EU’s customs unions – and the rest of the UK will be subject to checks.

Back in October 2020, Britain formally signed its first post-Brexit trade agreement – with its other agreements largely rolling over from previous EU deals. The historic deal was made with Japan – the world’s third-largest economy – and means nearly all UK’s exports there will be tariff-free while removing British tariffs on Japanese cars by 2026. The UK government called it a “ground-breaking, British-shaped deal”.

On 15 June 2021, a free trade agreement was announced between the UK and Australia, which the UK government said: “shows what the UK is capable of as a sovereign trading nation.” The agreement removes tariffs on all UK goods exported to Australia and almost all Australian exports to the UK – subject to ‘rules of origin’. Consequently, over £4 billion of UK exports will no longer be subject to tariffs.

British officials also hope the deal will boost the nation’s chances of joining the Comprehensive and Progressive Agreement for Trans-Pacific Partnership (CPTPP) – a free trade agreement between 11 Pacific Rim countries, including Australia.

The UK government continues work to reproduce the effects of existing EU trade agreements – of which there are around 40 covering more than 70 countries – which Britain was subject to by default pre-Brexit. Many rollover deals have already been renegotiated – 66 to be precise and counting, including: South Korea, Iceland, Mexico, Canada, Singapore, Norway and Switzerland.

Existing EU agreements that were not rolled over by the time Brexit was actioned on 31 December 2020 automatically reverted to World Trade Organisation (WTO) terms until a deal is reached. Trading on WTO terms exposes importers to tariffs and extra paperwork. 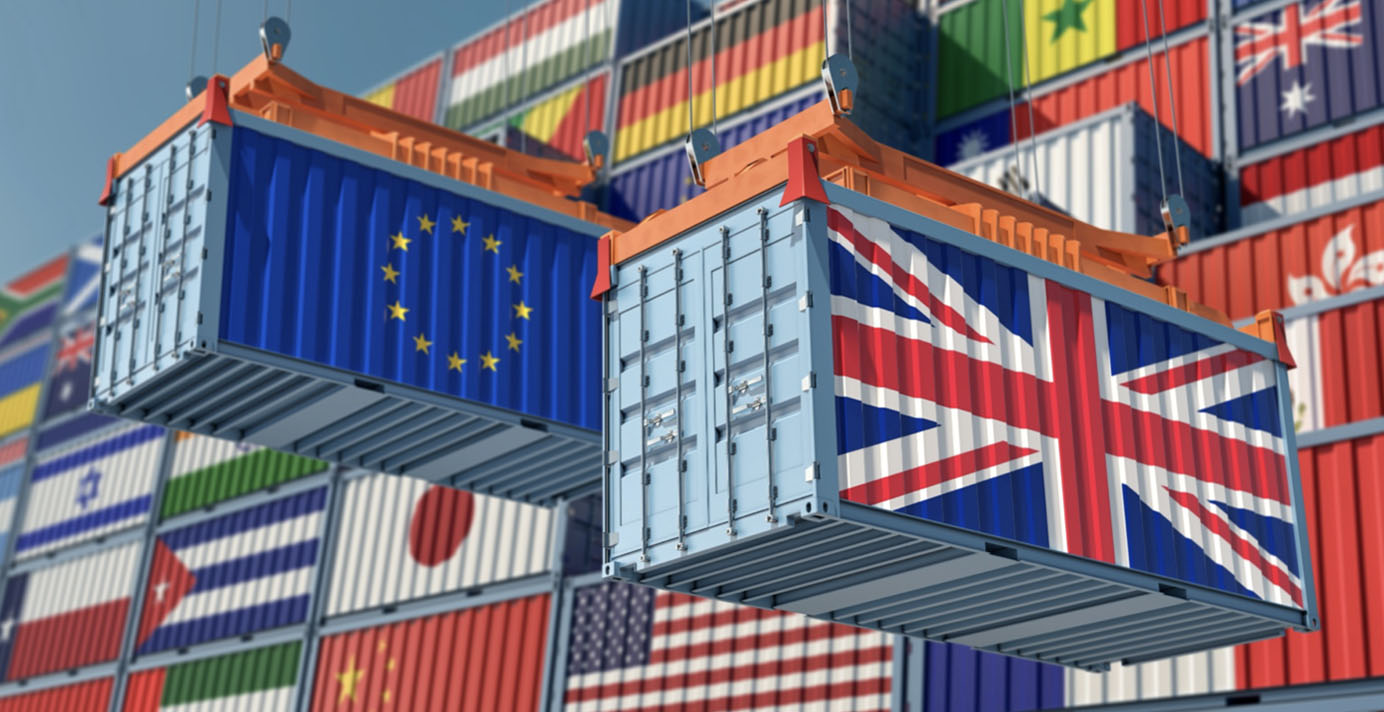 Agreeing a trade deal with the USA – the UK’s second-largest trade partner – is a top priority for the UK government. However, the negotiation process has stalled since Joe Biden became president in January. That’s partly to do with the time it takes to establish a new administration and partly because Mr Biden doesn’t rate a US-UK deal among his top priorities.

The Trade and Co-operation Agreement with the EU has exposed SMEs to a raft of new operational procedures and requirements that many have found confusing, time-consuming, and costly. Not least because the last-minute agreement of a UK-EU trade deal left businesses in the dark on the detail right until the last minute. Consequently, many SMEs experienced practical difficulties as the new arrangements went live.

According to the British Chambers of Commerce, typical Brexit-related issues highlighted by exporters have included: increased administration, costs, delays and confusion over what rules to follow.

Since 31 December 2020 – when the post-Brexit transition period ended – British businesses selling goods to EU customers have been required to fill out customs declarations and other paperwork, delaying freight services. Additional costs, paperwork and other checks – so-called ‘non-tariff barriers’ – are unwelcome obstacles for UK SMEs that depend on the EU market. Equally, EU customers will seek alternatives if it means they can avoid paying import costs.

UK businesses have paid 42% more in customs duties on goods since Brexit came into force. This is due in large part to the “rule of origin” tariff, which applies to goods imported from the EU which were originally made, or contain components made, outside of the EU.

From 01 October 2021, businesses have been contending with a new import ban on EU products of animal origin, such as chilled mincemeat. This new ban is widely expected to increase queues at borders, leaving businesses with increased disruption and costs.

Conducting trade overseas is challenging enough at the best of times; then Britain left the EU, complicating matters further. Yes, a deal was reached between London and Brussels on post-Brexit trade that allows for tariff-free, quota-free access to each other’s markets for goods; however, the landscape has shifted nonetheless – from fresh trade agreements with non-EU countries and pending deals with global heavyweights to red tape at borders that’s stifling SMEs that operate internationally.

With so many variables to contend with when operating internationally, there is one thing your business can control during these turbulent times: the cost of making international payments. This vital element of conducting international trade requires a proactive approach, otherwise fluctuating exchange rates can cause the cost of sending money overseas – perhaps to pay a supplier – to spiral. 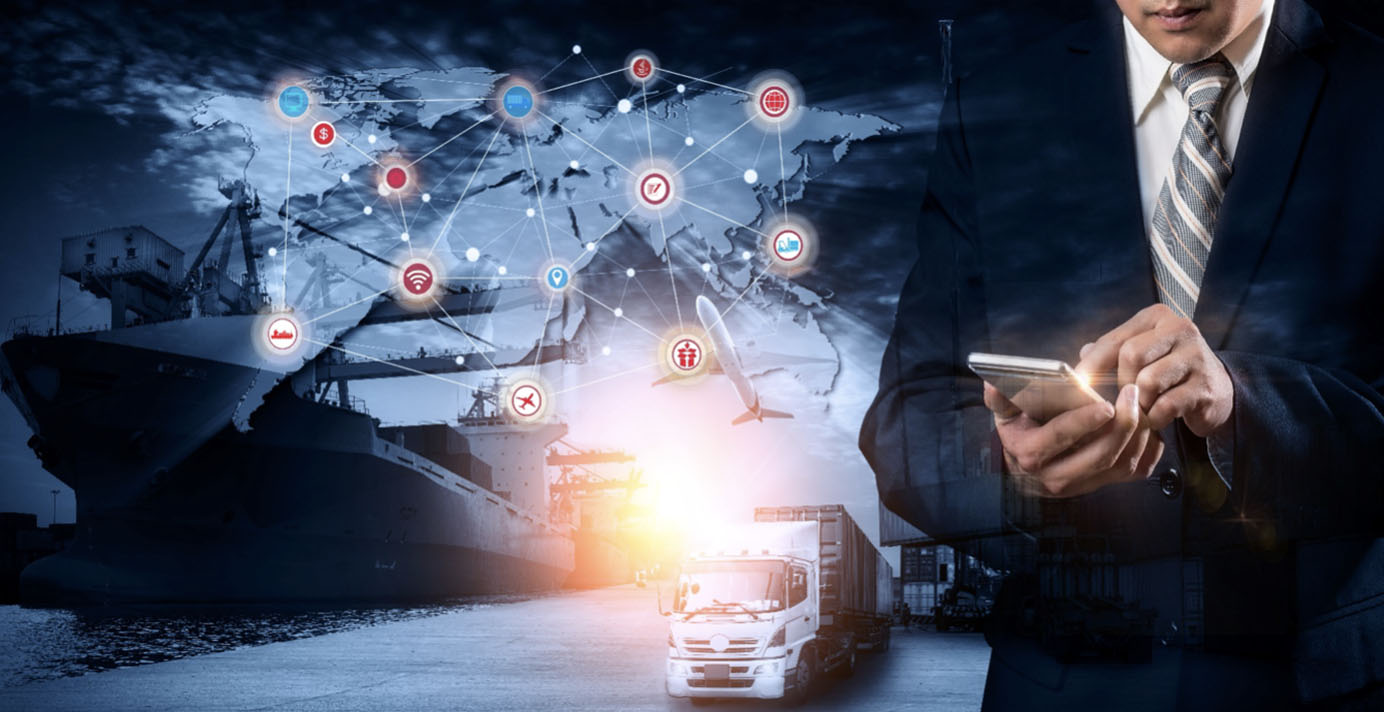 Your business’s exposure to currency risk can be challenging to manage without an in-depth understanding of the factors that influence exchange rates – such as Brexit. A lack of knowledge and experience often engenders a reactive approach to rates. This short-sighted tactic involves crossing your fingers and hoping they move in your favour when the time comes to execute payments. Yes, this might pay off occasionally, but if the rate suddenly heads in the wrong direction, you will be left cursing your luck and counting the cost.

Rather than leaving your business’s finances in the hands of lady luck, adopt a proactive approach to managing currency risk. This pragmatic mindset is applied by businesses that understand the importance of monitoring the market and planning for any eventuality, allowing them to rest assured that adverse rate fluctuations won’t impact their bottom line.

Aware that a proactive approach is the most prudent approach to currency risk management, it’s time to put a strategy in place. There’s no “one size fits all” plan for protecting your profit margins from this threat. Therefore, a bespoke hedging strategy that considers your business requirements, commercial context, and risk appetite risk will leave you well-positioned to execute effective solutions that match your goals.

Achieve the foresight your business needs to gain a firm footing within currency markets by working in partnership with a specialist in corporate foreign exchange, like Central FX. We use our extensive knowledge and experience of managing currency markets to help your business implement a pragmatic approach to risk management using tailored solutions.

We will take the time to develop an in-depth understanding of your business’s unique requirements, commercial context, and market expectations. Armed with this vital knowledge, we can help you define the risks your business faces, identify their potential impact, and tailor a bespoke hedging strategy that’s aligned to your unique risk appetite – so you can adopt that all-important proactive approach to currency risk management.

To speak to us about how we can protect your business from any significant currency moves,  get in touch with Central FX.